book one: daughter of flood and fury

AVAILABLE FOR PRE-ORDER IN EBOOK, PAPERBACK, AND AUDIO
AVAILABLE EXCLUSIVELY TO NEWSLETTER SUBSCRIBERS, FOR FREE, IN E-BOOK AND AUDIO.

I crouch ankle-deep in running water, blind-folded, reading the current. I hear the whole chamber through the water: the mutters of the watching students, the patient tick of my trainer’s thoughts, and the anger of Erjuna across the wide floor from me, his mind seeking to read mine.

I refuse it. That’s the first rule of watersight: do not let your opponent in. Only those you trust.

Erjuna tries to keep me out, but he’s slacked off in the last few months, like the rest of them, like the whole temple. Become more interested in politics than studies, and so they’ve all gotten weak. I’ve fought half my class today and not taken a scratch. Erjuna is the last of them, many say the best of them, because they don’t want to admit I’m the best. That a girl could be the best.

Sometimes I hate my dad for putting me here. For discovering I have watersight when I shouldn’t, for using his position to get me in any way, for making me the only female seer in a temple of men. I’m a walking heresy, a challenge to everything they believe. That’s what finally got him deposed and murdered, no matter how much they claim it was suicide. I hate them for killing him, even though I resent him for putting me here.

It’s twisted, I know. Welcome to my world.

Erjuna makes his charge. I know he’s running from the way his thoughts stutter, feet splashing in and out of the water. His mind is a mess, thoughts slipping through his blind like a school of fish through fingers—calculation on how to beat me and worry he’ll be humiliated and stress about losing his place as the head of his House.

I wait till the last second, confident in my watersight though I’m blindfolded and all I can hear are the shouts and cries of the watching students, echoing in the long stone training hall. I need to do more than win here. I need to win so decisively my enemies won’t dare attack me. I need it more than I need my trainer’s approval or a position in one of the Houses. Because this about more than the training now.

Erjuna strikes, chopping his staff down overhand. He thinks it well before he does it, so I’m ready. I roll left at the last second, hearing his curse through the water as the wood cracks into stone. My staff slaps into his knee. He’s good enough that he recovers with a strike at my chest, and for a few seconds we dance and dodge blows, staffs cracking and water flying, but it’s a foregone conclusion. His concentration drops even more in action, and I read his thoughts like a peddler’s banner, see the desperate strike at my head before he tries it.

I duck, his blow cutting air above me, then drive the butt of my staff into his sternum, hard. He doubles over, wheezing, and I deliver a series of blows to his ribs, then a crack on the head that drops him like a dead man.

I should stop now. I’ve won, I know that, everyone knows that. But winning isn’t enough. I need fear from them, a show of strength so intense the other students won’t dare come at me, and the theocrats won’t dare disappear me, despite my heresy.

So I press the staff into his windpipe, finding it even blindfolded. I can feel his throat flex through the wood.

“Yield,” I say, not in the water as I should, but in the air, so everyone can hear it.

His thoughts are an angry jumble of defeat, humiliation, and strategizing how to save face, how to convince his friends he should still be head of their House.

Apparently it includes not yielding right away. Too bad. I need everyone to see the second-best fighter in our class is a distant, distant second.
“Yield,” I say again, pressing harder.

He starts choking. “Yield,” he finally croaks, throwing up his hands.

I lift my staff. “Witch,” he spits, getting up from the water.

Beating him is a mistake. Erjuna is the second-best seer in our class, the most popular, and the best with words, something I suck at. He’s an easy pick for class leader—which means his House will likely get elevated this year to full seership. If I had just bowed down to him, at least let him touch me, maybe he would have taken me, taken my strength and skill over my heresy. Not anymore.

It’s a mistake, but all I have are mistakes now. A mistake to not make friends, but a bigger mistake to trust anyone as my father’s usurpers disappear all my relatives. A mistake to defeat my whole class without taking a scratch, but a bigger mistake to show any weakness when they’d readily off me to improve their own chances. The best seer in generations, the town criers are saying. If only she wasn’t the daughter of the former Chosen. If only she wasn’t a girl.
So I have to be stronger than all that. Untouchable. The best they’ve ever seen. Or they’ll disappear me—kill me or marry me off to some minor merchant or send me to a distant riverpost to relay messages the rest of my life. I can’t let that happen.

Because if it does, I’ll never find out what happened to my father. And I’ll never be able to ruin the bastards that did it.
READ MORE 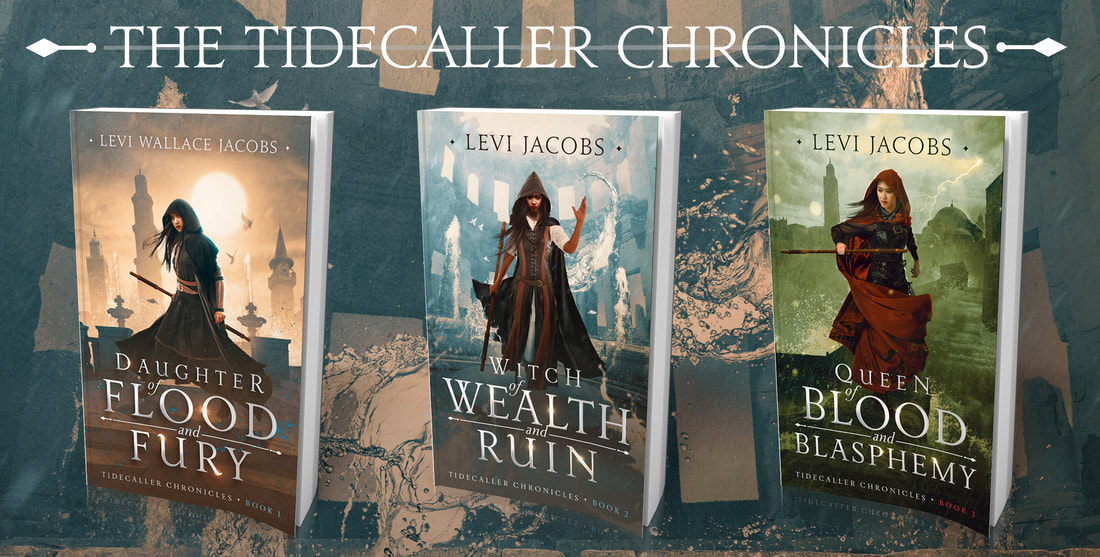